COBOL Program Structure is represented in diagram shown below:- 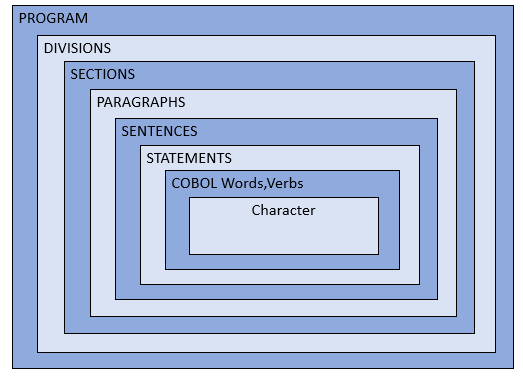 Explanation for above given Structure is as follows:-